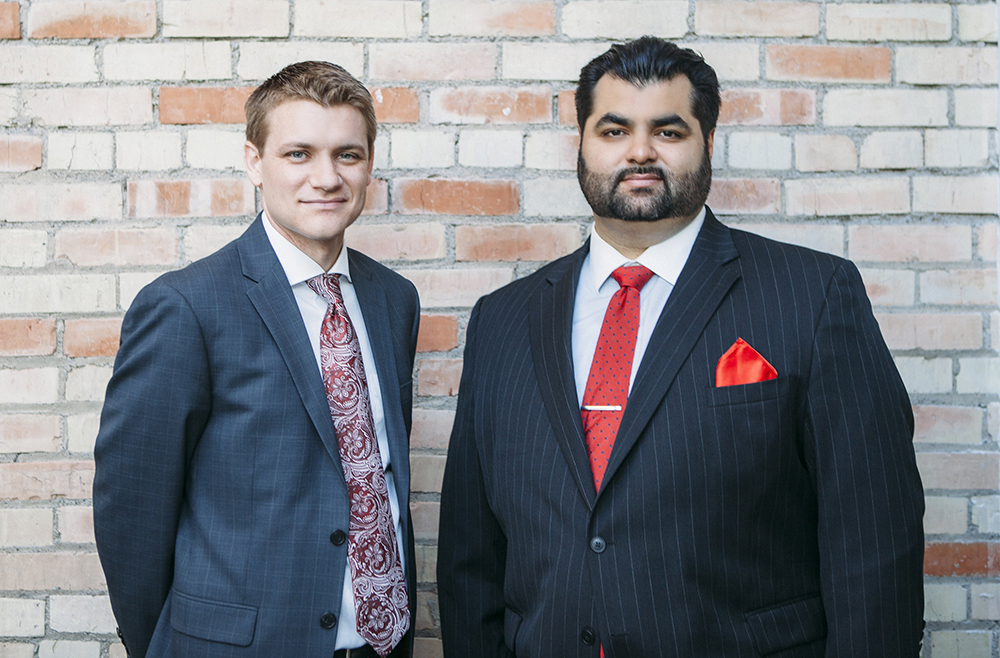 Many of the attorneys at Sharifi & Baron are former criminal prosecutors with impressive records of victories. We have won cases ranging from traffic tickets to serious felonies and everything in between.

Our attorneys are frequently featured in the media and have taught continuing legal education courses to other attorneys, have been featured in prominent scholarly legal publications, and are sought after spokesmen in the field of criminal and DUI defense.

We do not attempt to simply plead our clients guilty as many attorneys do. Visit our victories page, and you will see that we fight hard and win for our clients. Call us today if you are serious about winning your criminal or DUI case. 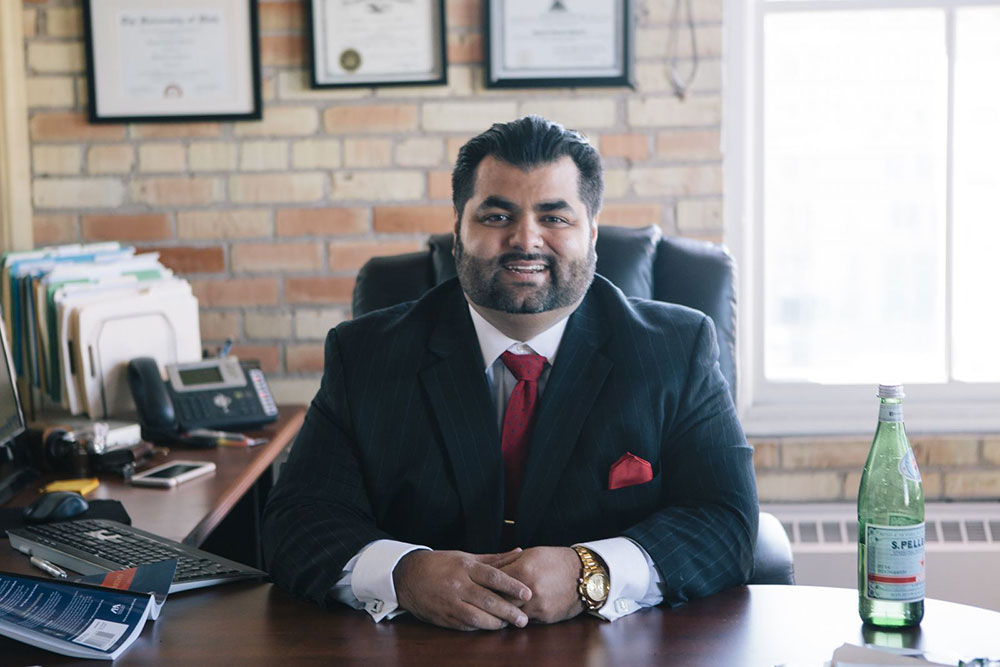 Mr. Sharifi is an experienced trial lawyer who has fought aggressively to protect the rights of everyone ranging from the homeless to government entities and multi-million dollar businesses.

Mr. Sharifi is an experienced trial lawyer who has fought aggressively to protect the rights of everyone ranging from the homeless to government entities and multi-million dollar businesses. He has been named by Utah Business magazine as one of Utah's Legal Elite in the Up and Coming section; an honor reserved for those recognized by the legal community as top lawyers in their field.

Mr. Sharifi attended the S.J. Quinney College of Law at the University of Utah where he focused his studies on business, criminal and constitutional law. During his third year, he was selected to participate in a criminal clinic at the Salt Lake City Prosecutor's Office which allowed him to conduct jury trials before Utah courts, and he won his first jury trial while still a law student. Mr. Sharifi clerked at several well-known law firms and a prosecutor's office, gaining experience in such diverse areas of law as corporate and intellectual property law, personal injury, and criminal law. He was granted the Dean's Fellowship before graduation.

After law school, Mr. Sharifi was offered a position at a law firm where his focus would be corporate formation and finance. He eventually left private practice and accepted a position at the Salt Lake City Prosecutor's Office as an Associate City Prosecutor where he felt he could benefit the community most. As a Prosecutor, Mr. Sharifi handled a yearly caseload of 1500 criminal and DUI cases before helping found the Law Firm of Sharifi & Baron where he practices family law, DUI and criminal defense, and international business transactions.

Mr. Sharifi is licensed to practice law in all Utah state and federal courts. He is a member of the American Bar Association, The Salt Lake County Bar Association, the Central Utah Bar Association and the Utah Association of Criminal Defense Lawyers. He has been an Adjunct Professor of Business Law and Criminal Justice, and is a former member of the Unauthorized Practice of Law Committee at the Utah State Bar. He is active in the attorney community and has taught continuing legal education courses to other attorneys and has been published in several scholarly publications. He is frequently sought after as a media consultant on criminal and DUI defense issues. 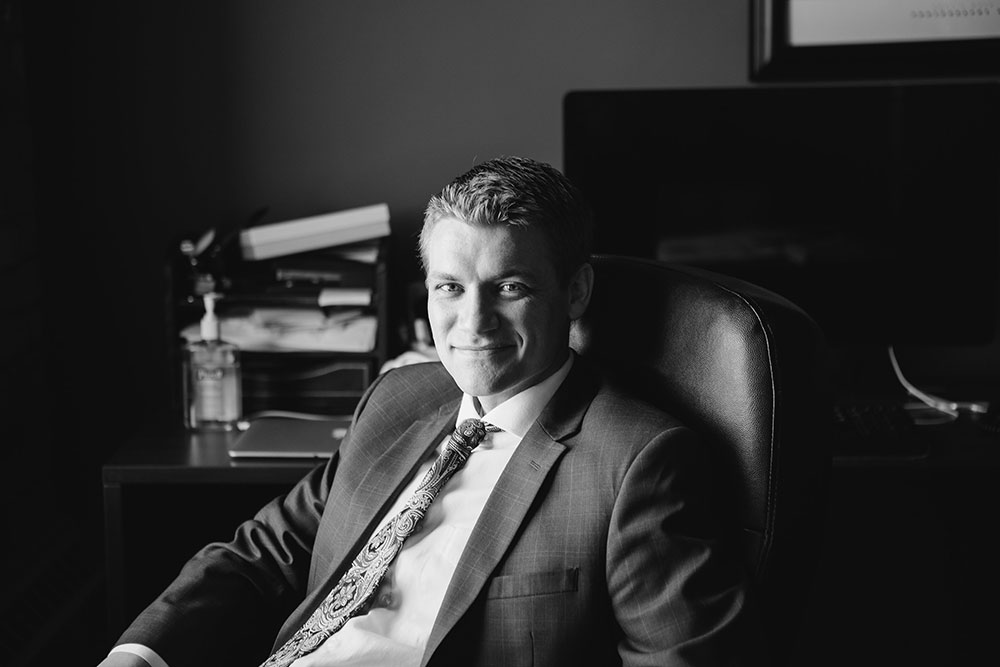 In 2009, Mr. Baron founded Sharifi & Baron, PLLC with Mr. Yossof Sharifi. They have served hundreds of clients in matters ranging from business litigation and immigration applications to custody disputes and felonies.

In 2007 Mr. Baron graduated cum laude from the J. Reuben Clark School of Law at Brigham Young University where he was Executive Editor of the Journal of Public Law and Associate Editor of the Education Law Journal. After law school, Mr. Baron became a civil litigator in Park City where he defended multi-million dollar construction companies and real estate developers in commercial litigation. Looking to develop more experience in trial, he left civil litigation for the Salt Lake City Prosecutor's Office in 2008 where he handled over 1500 criminal cases per year, including over thirty jury trials.
In 2009, Mr. Baron founded Sharifi & Baron, PLLC with Mr. Yossof Sharifi. They have now served hundreds of clients in matters ranging from business litigation and immigration applications to custody disputes and first-degree felonies.

Mr. Baron is licensed to practice law before federal and state courts in Utah.

Josh was helpful and easy to get a hold of.  He answered my emails and phone calls. He tried to deal with things quickly. I felt like he actually cared about what happened to me.

I was sitting in court listening to the prosecutor argue to the judge that I should be in jail for a probation violation. Mr. Sharifi argued on my behalf for a long time. He went up to the bench and argued there in private. Because of that, I got community service instead of jail. I can't believe how effective a good lawyer is!

I retained Mr. Sharifi’s firm to represent a family member [in Salt Lake City], based on a conversation I had with him, which demonstrated his knowledge, professionalism and caring. He was very honest about the case in terms of what the outlook was and what his firm could do. The price was reasonable and they do offer terms. I have worked with many attorneys on other matters (estate planning, contracts, etc.) but found some of them difficult to reach, unlike Mr. Sharifi. It’s always a plus when a client knows his/her attorney will return phone calls, answer emails and be willing to offer an update. Mr. Sharifi does all those things and I highly recommend him and his firm.